MICHELE MULIERI, THE CROSSROADS AND THE ABSOLUTE REPUBLIC OF THE PIANI SOTTANI. NOTES FOR A VISUAL DIARY

The following images are part of a work that I started ten years ago and today it sees the light in the book Michele Mulieri. Una stanchezza da meditare by A. Albanese and M. Berardi, published by CISU.

The visual diary included in the book is a personal attempt to restore the transfigured order of the world of the Absolute Republic of the Piani Sottani - symbolically founded by Michele Mulieri in 1950 at the crossroads of Calle, in the Piani Sottani district between the villages of Grassano and Tricarico, in Basilicata - to anyone who wants to cross the threshold. The intimacy of the diary suggests the existence of annotations, thoughts, gazes projected towards one's inner eye, towards all of those areas of interdiction which only a few are allowed to enter. In this diary there are the fragments of Michele Mulieri's world of small things: from the sheets of paper held together by a pin, to the tiny petals of a dried flower, to the bread wrapping paper with which he kept the sign of a book that was precious to him, to newspaper clippings in which the story of oneself appears. These small objects yearn for a broader horizon that can be traced in the photographs, the images become a fragment, a cutout between the worlds of Mulieri's things, thoughts and dreams. In this world, to make us cross the liminoid zone, the threshold of the Absolute Republic of the Piani Sottani, we find the eldest daughter of Michele Mulieri, Prima Lucia. I want to dedicate the visual diary to Prima Lucia Mulieri, also the bearer of that light which only the knowledge in its infinite forms can hold, in her embrace. To Prima Lucia Mulieri, the ancient vestal of the Absolute Republic Piani Sottani’s world. 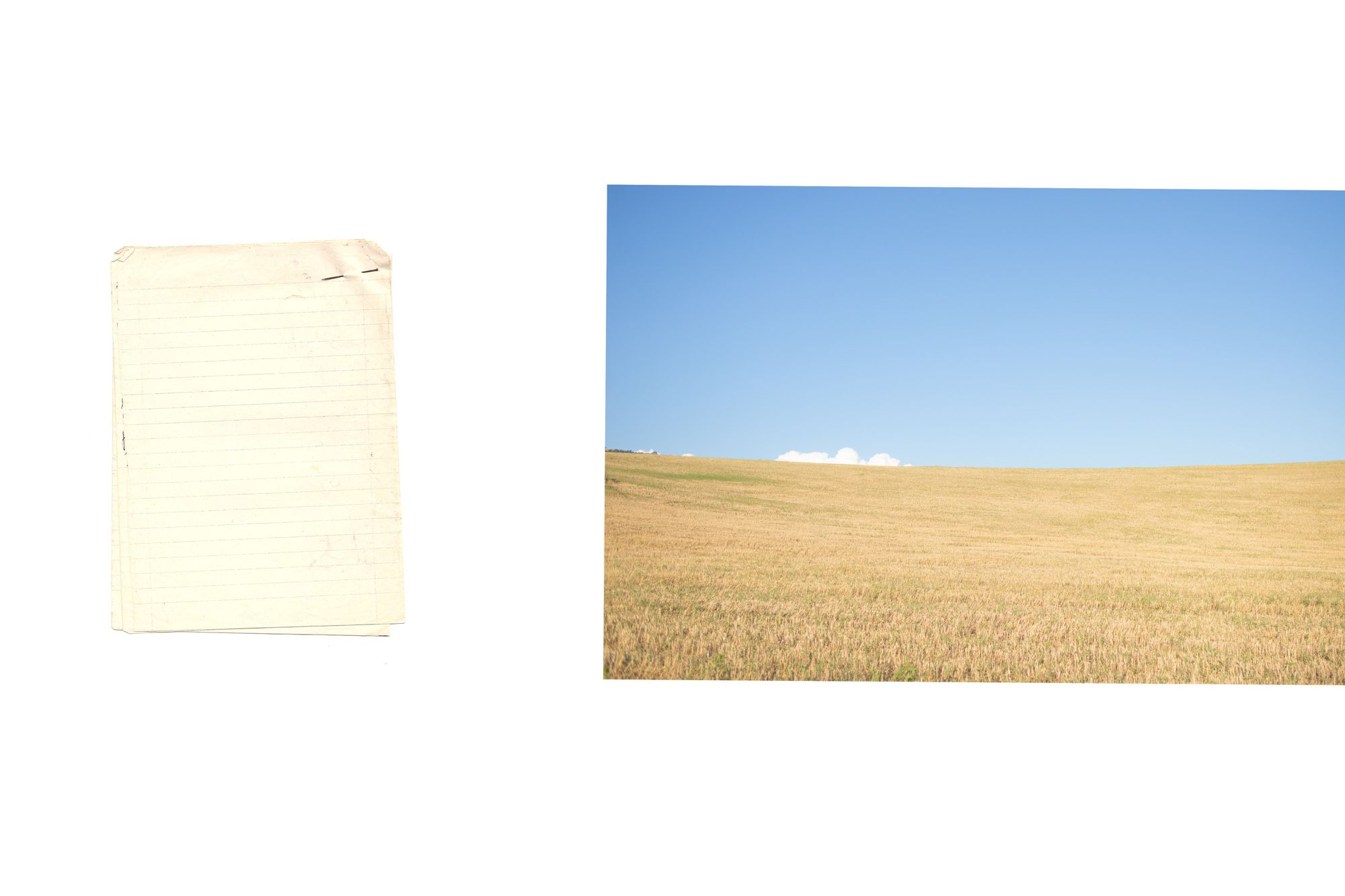 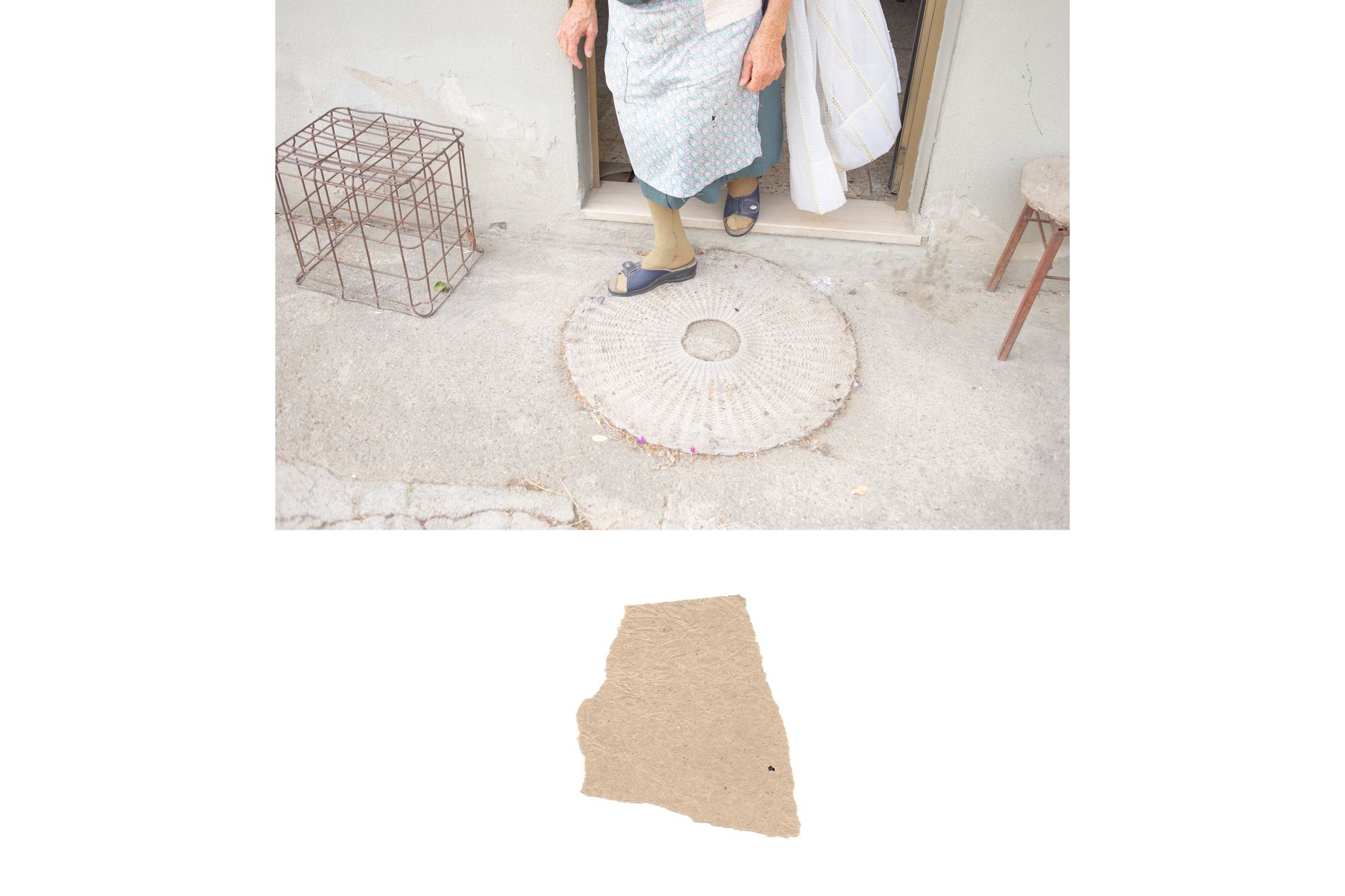 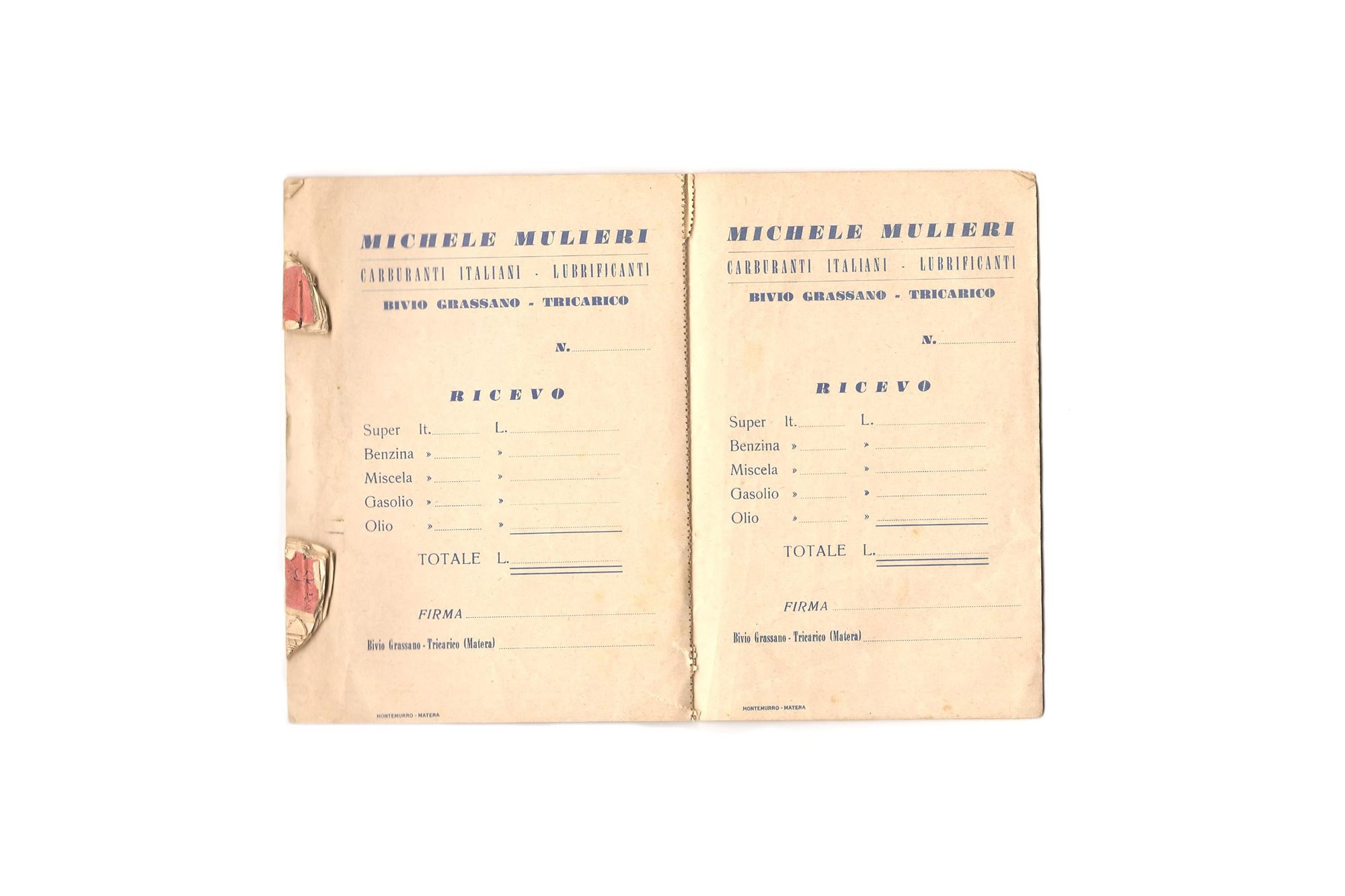 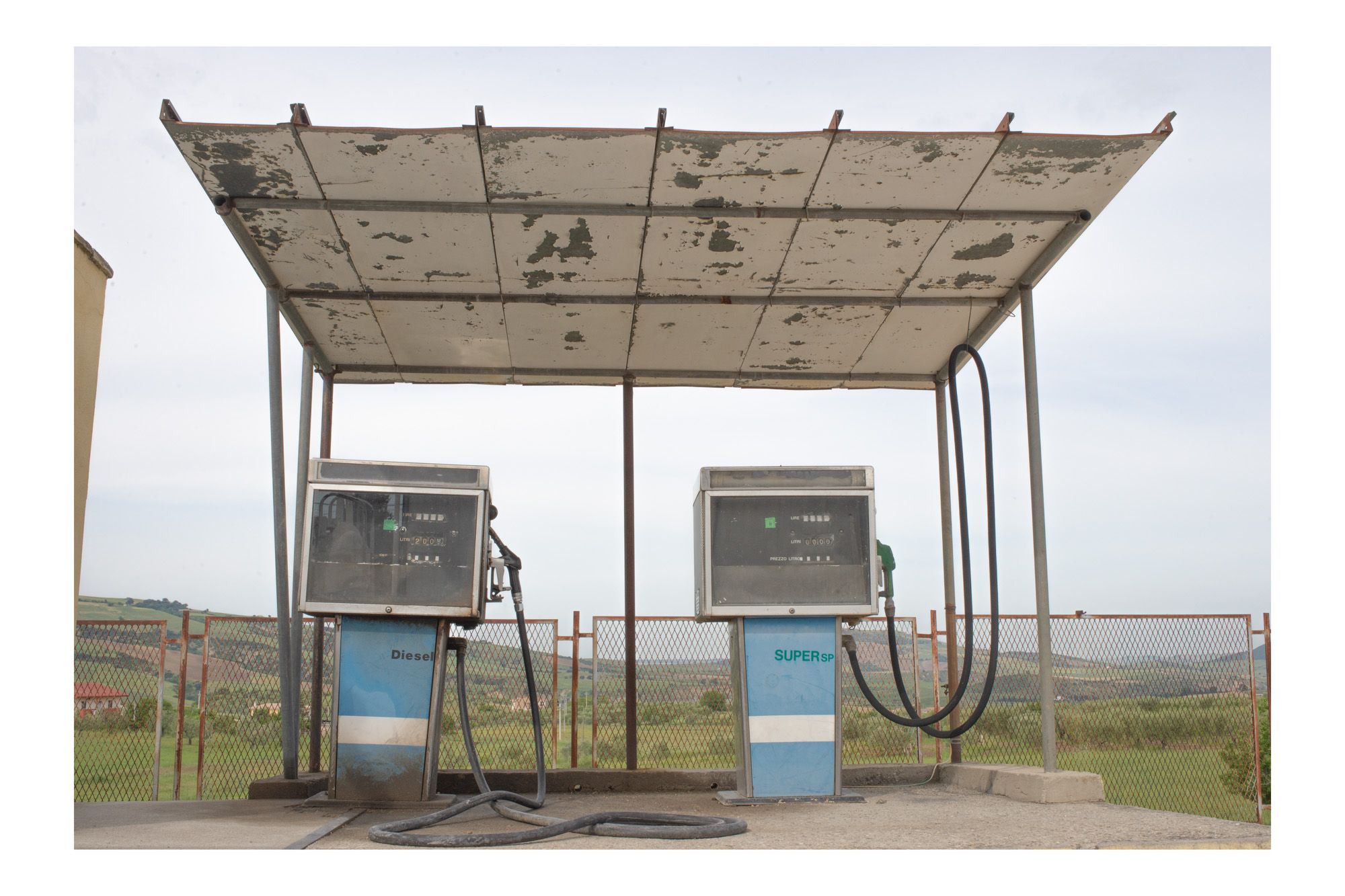 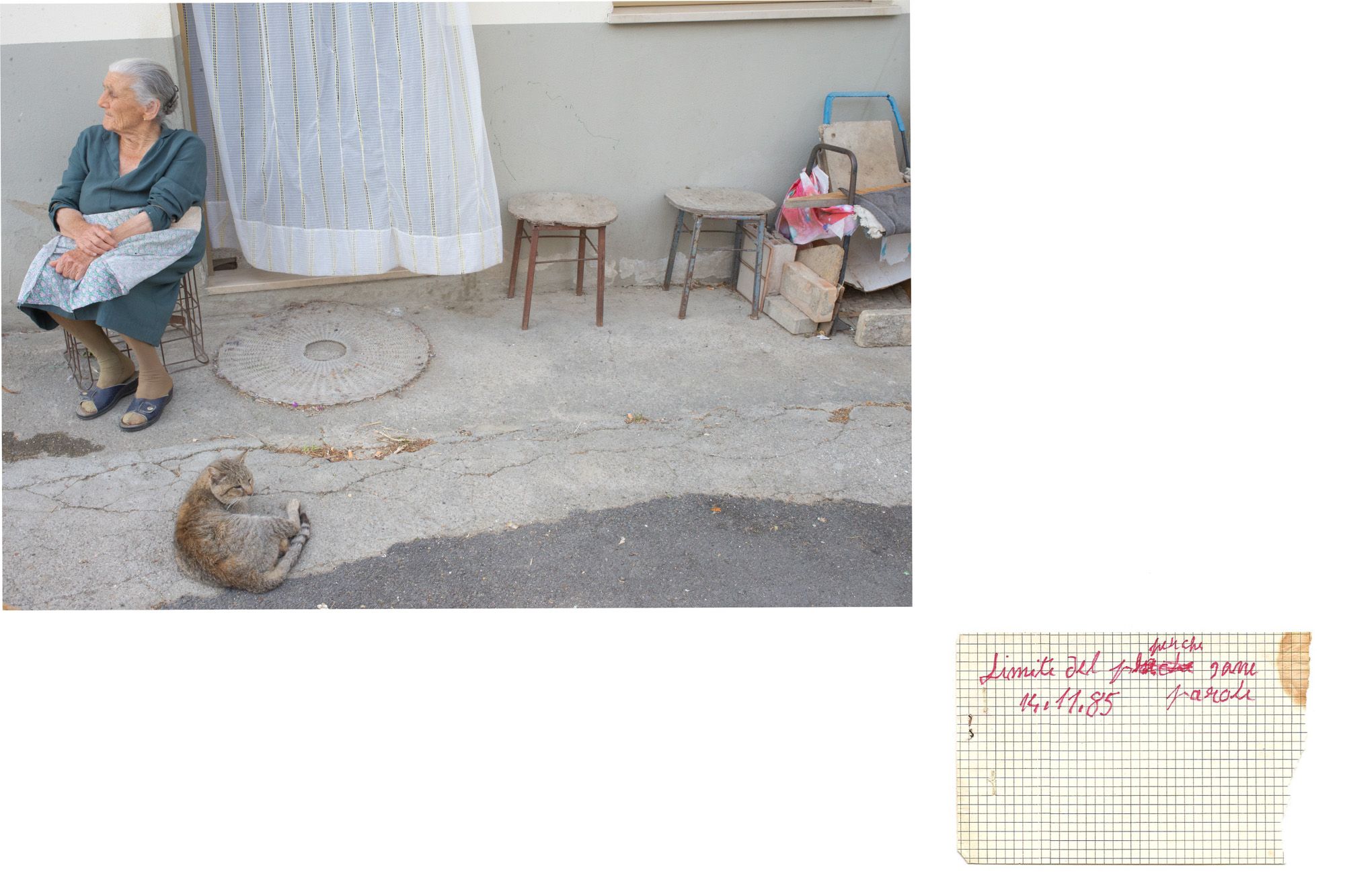 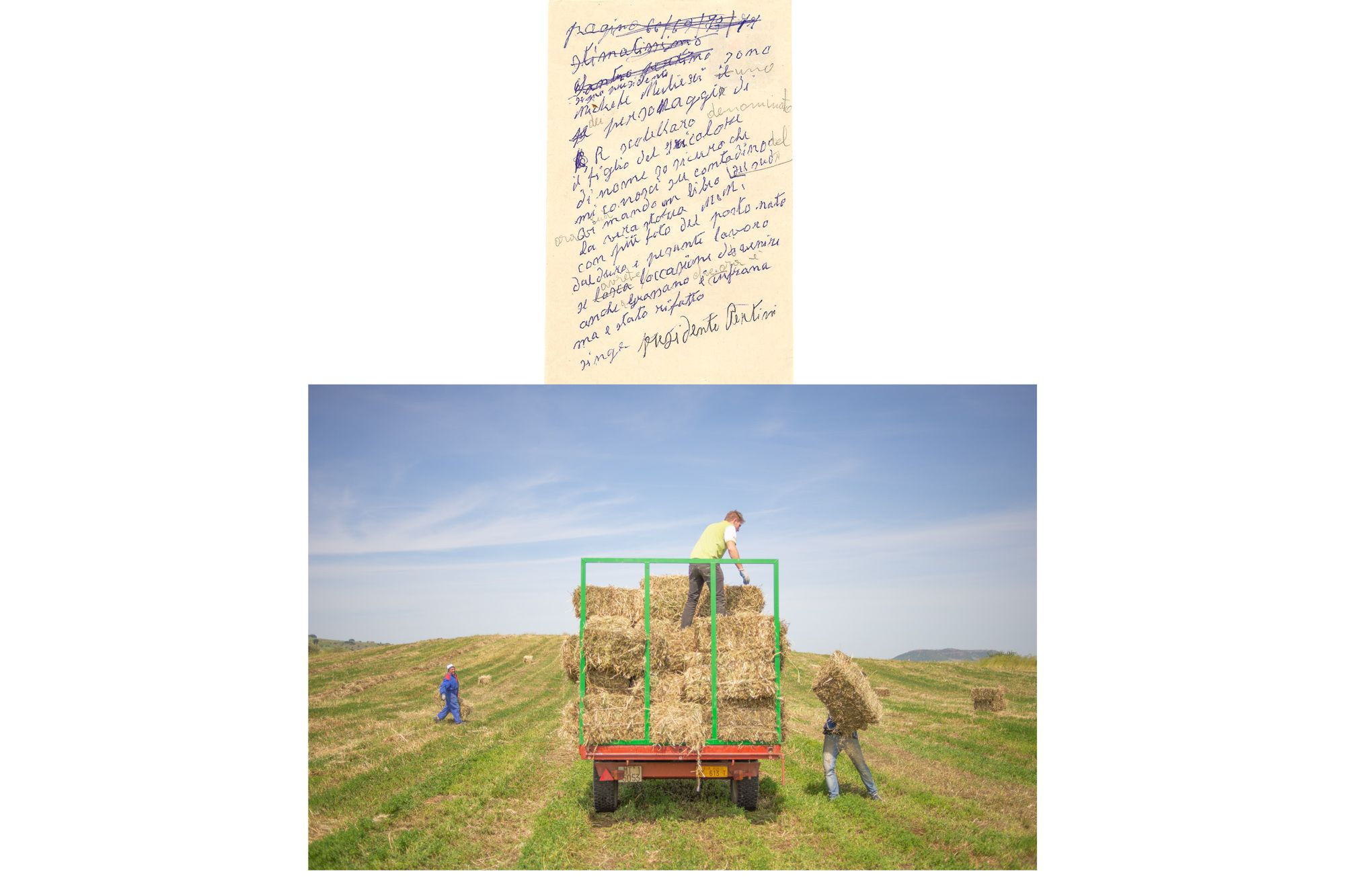 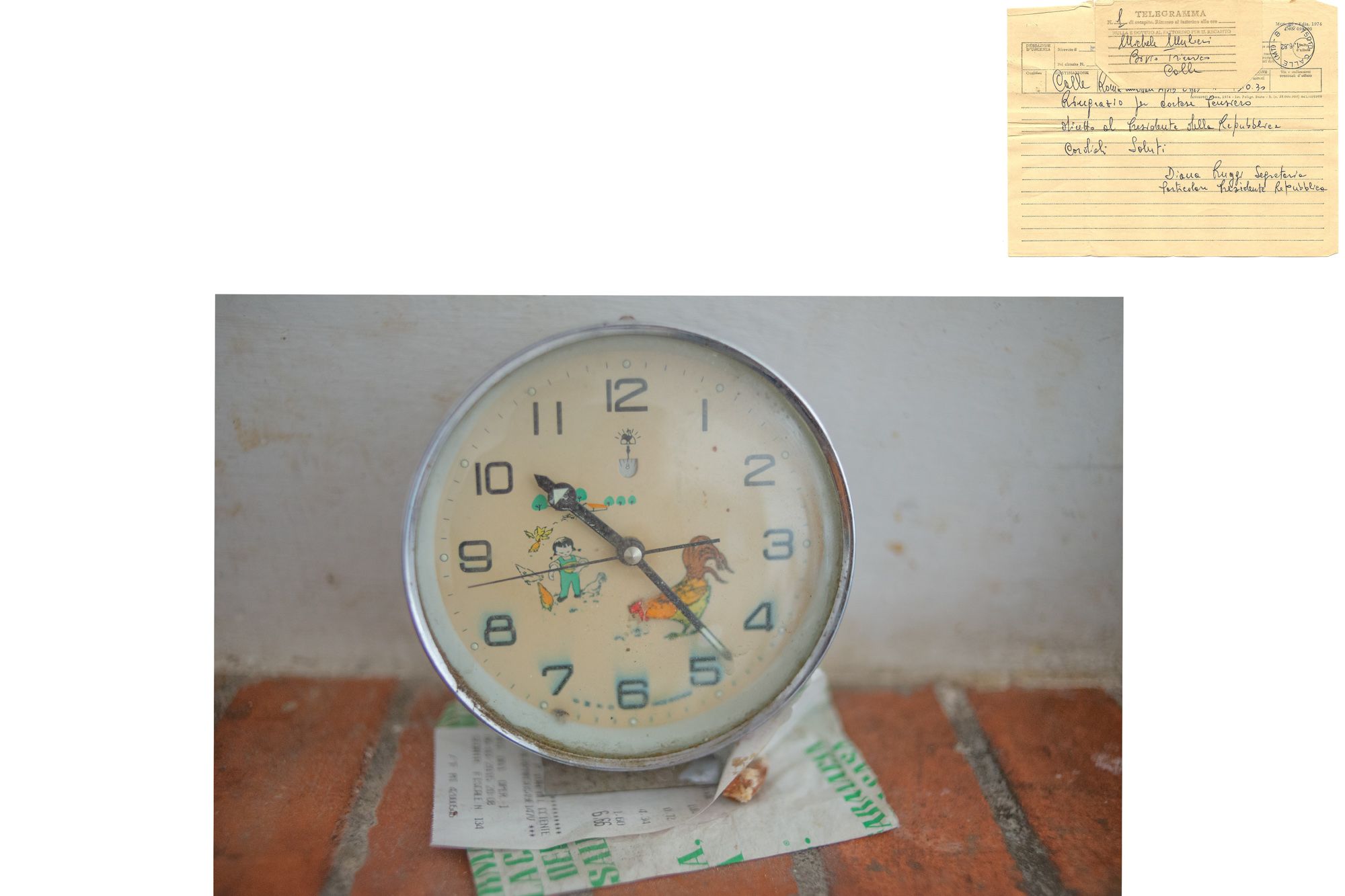 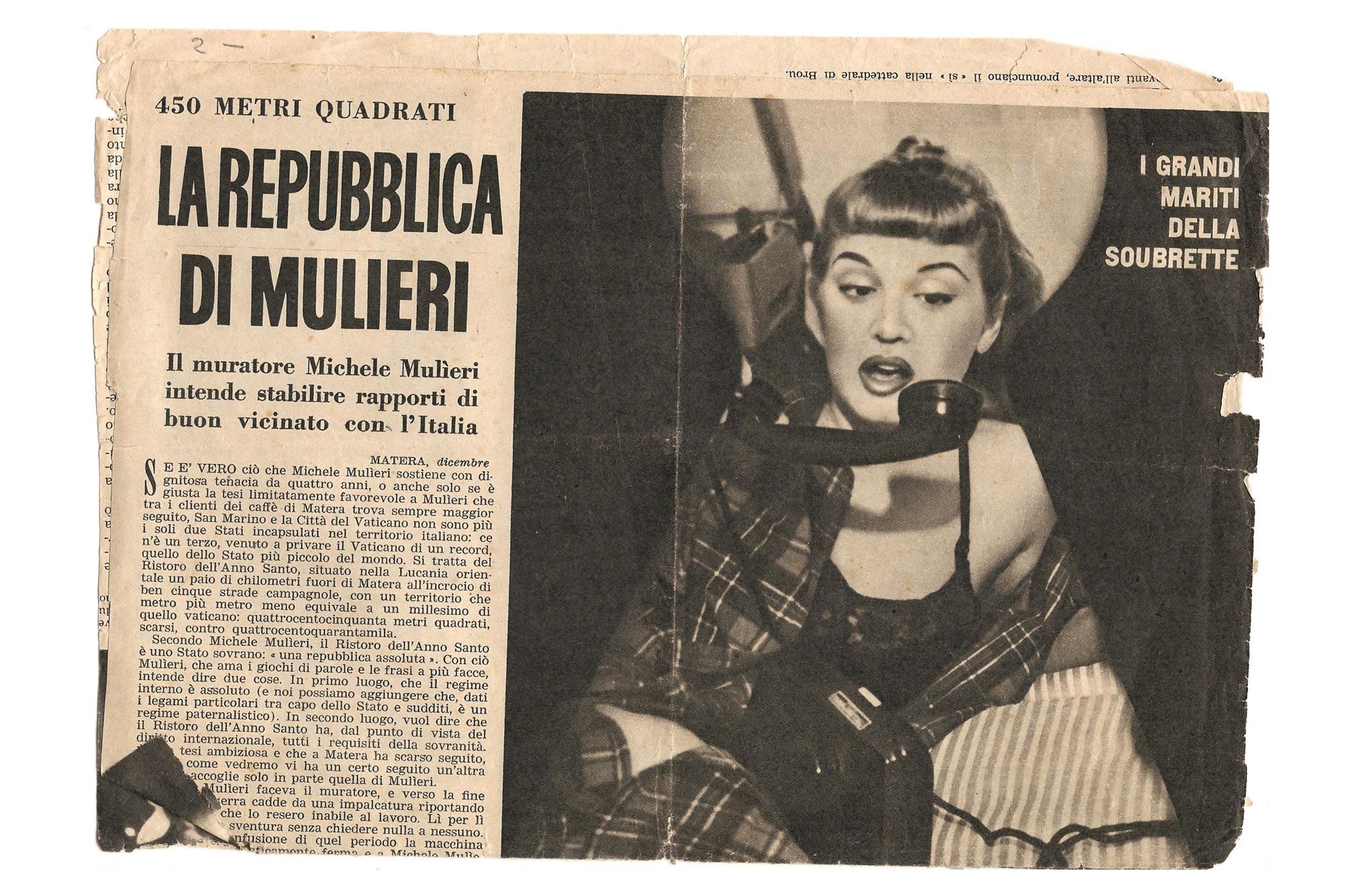 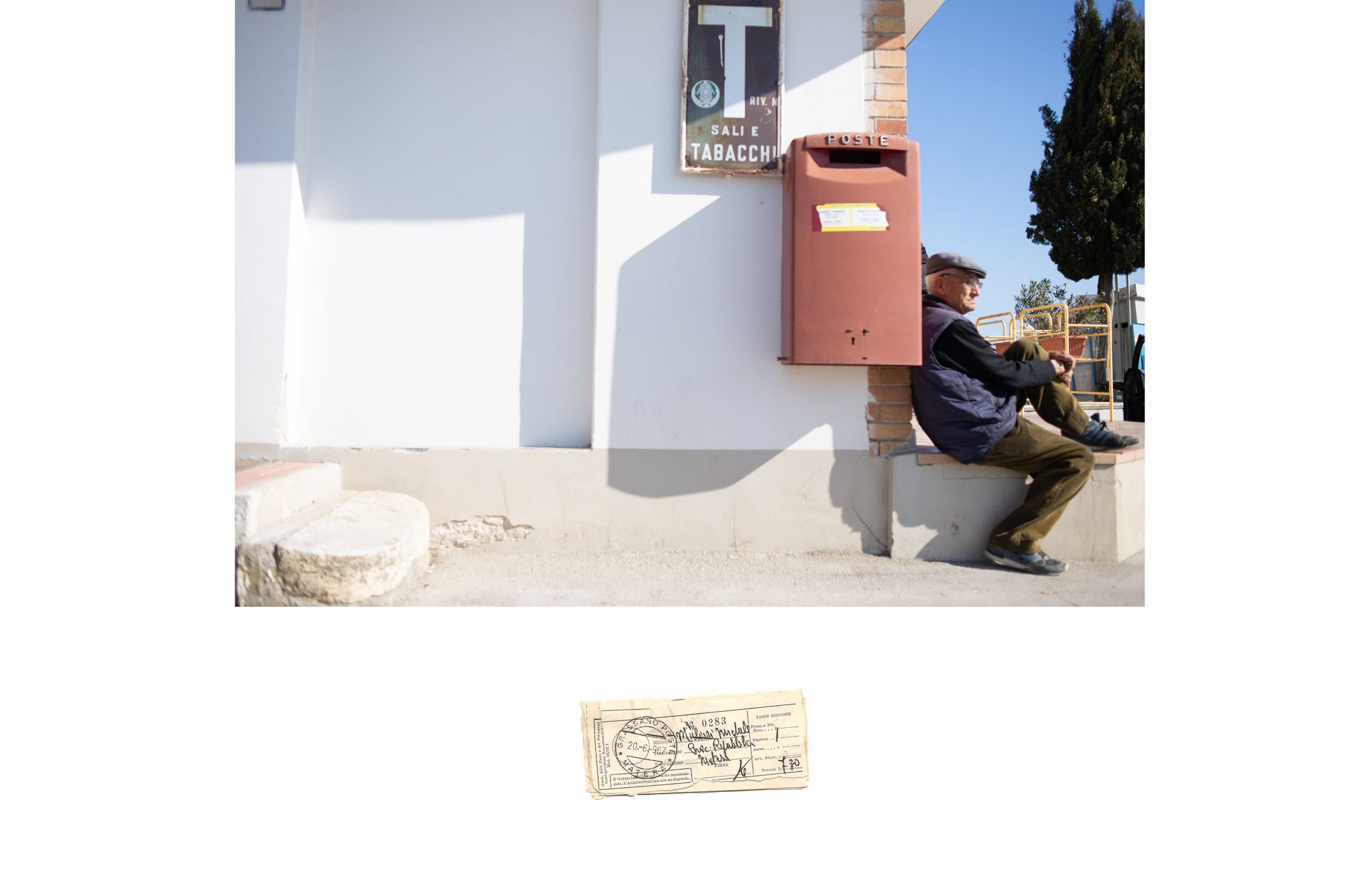 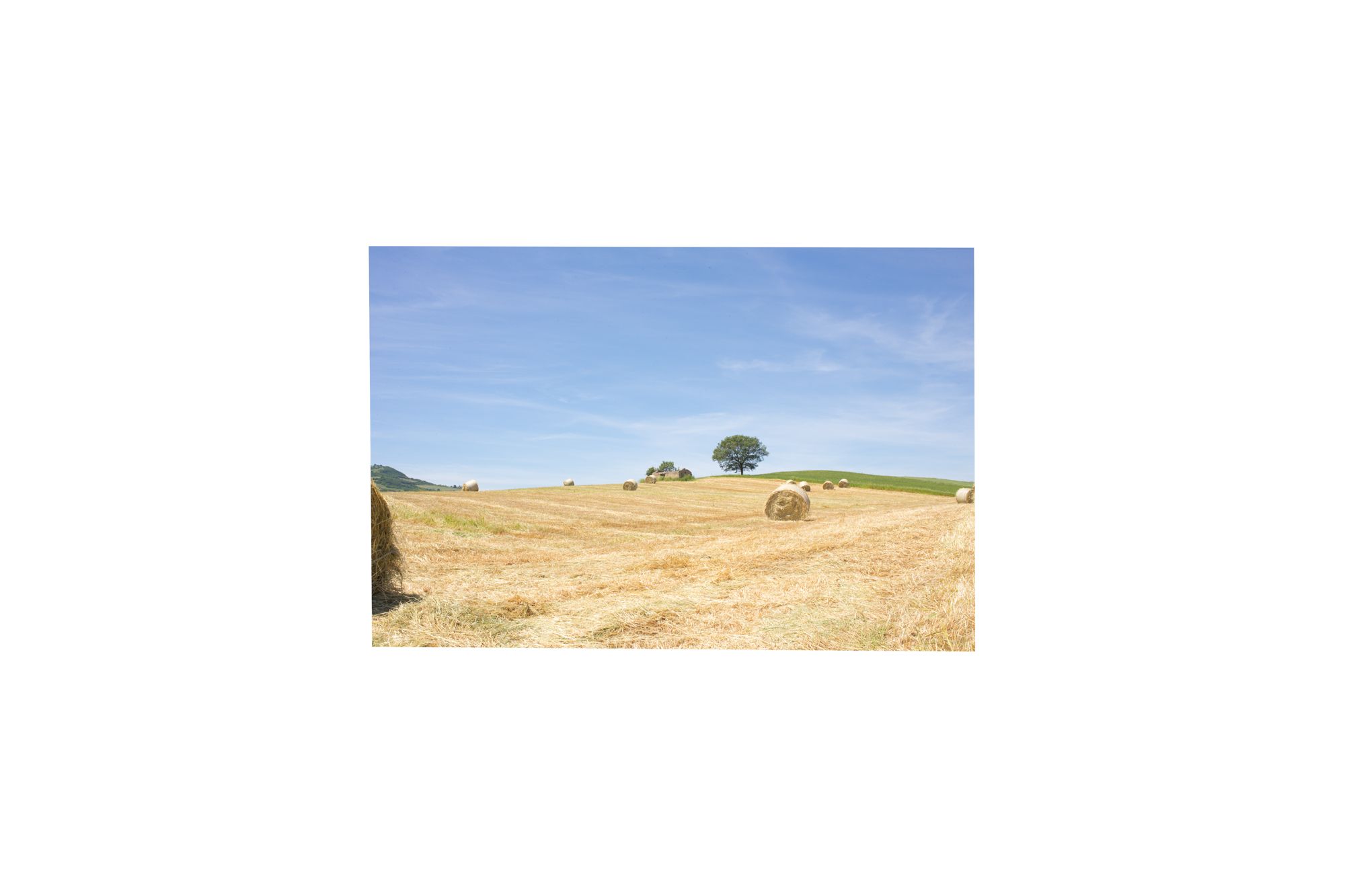 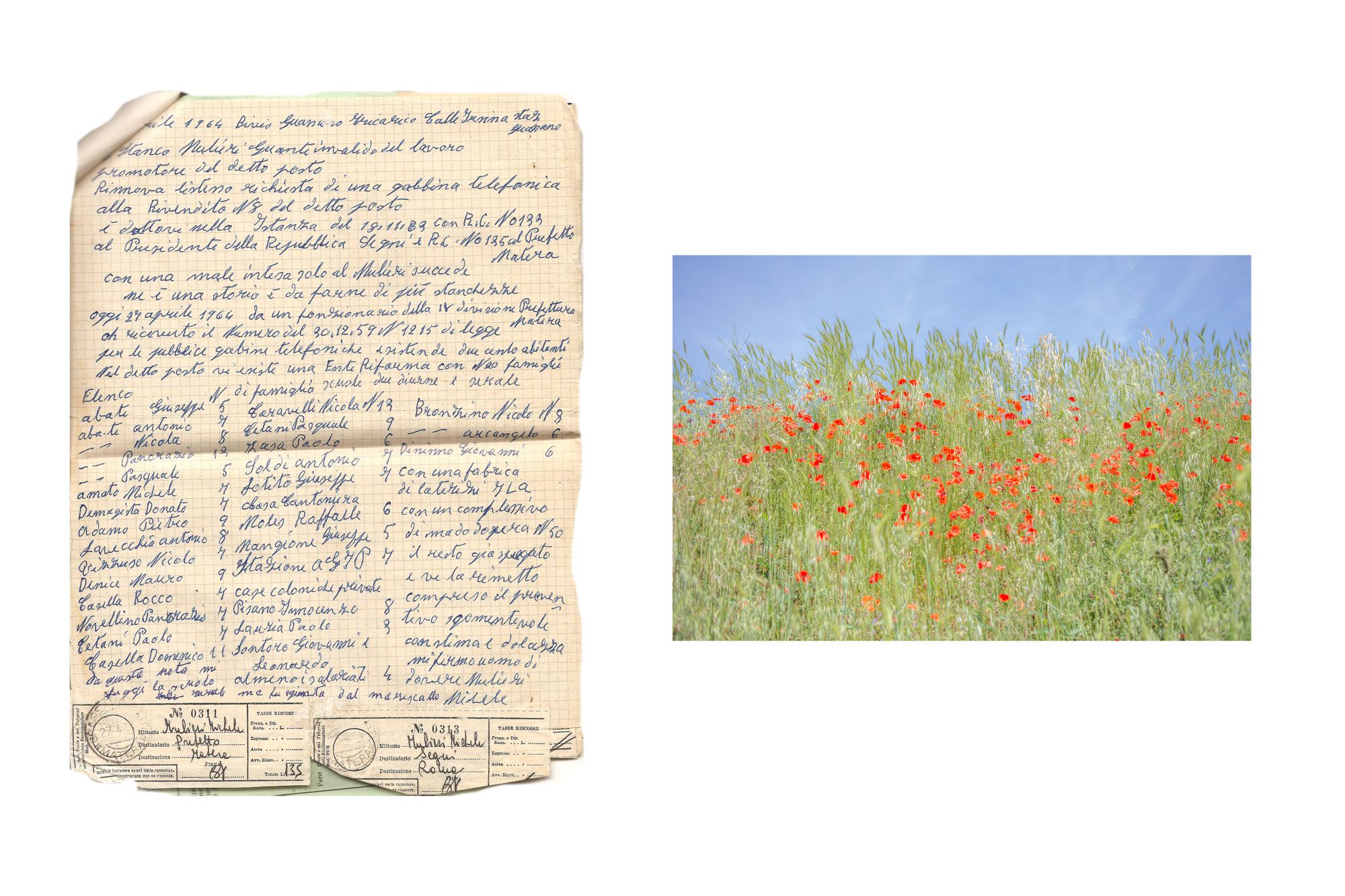 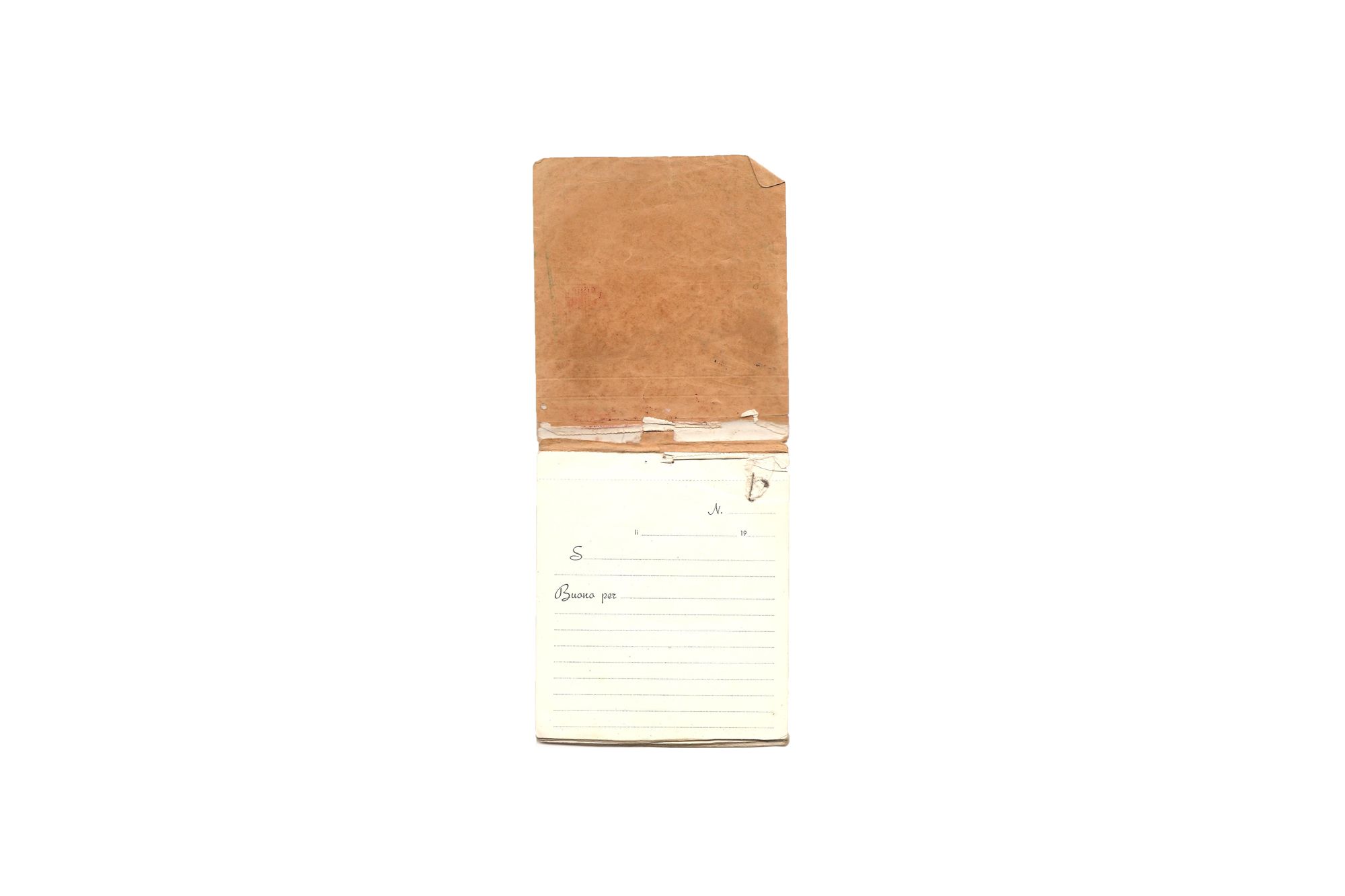 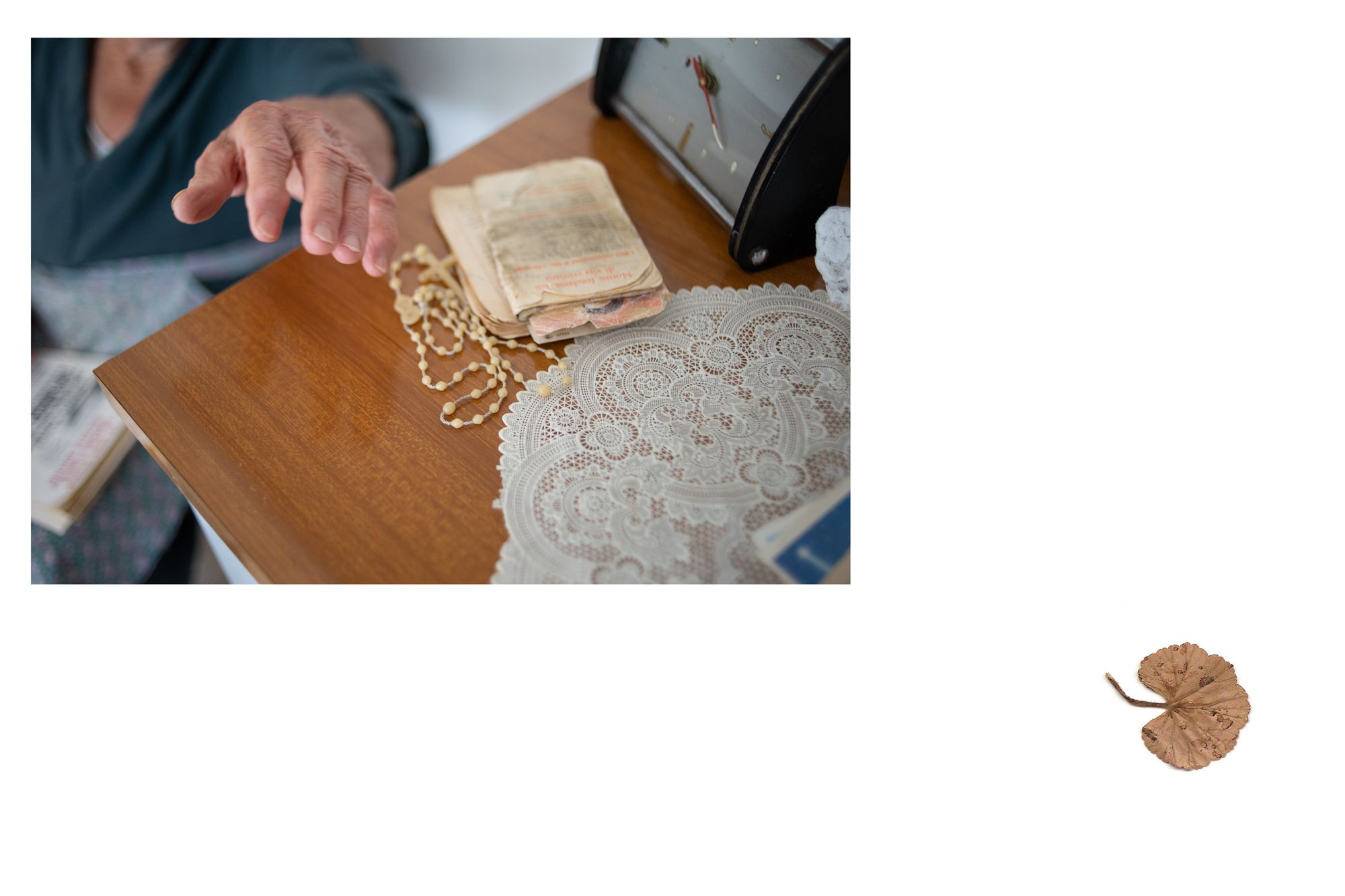 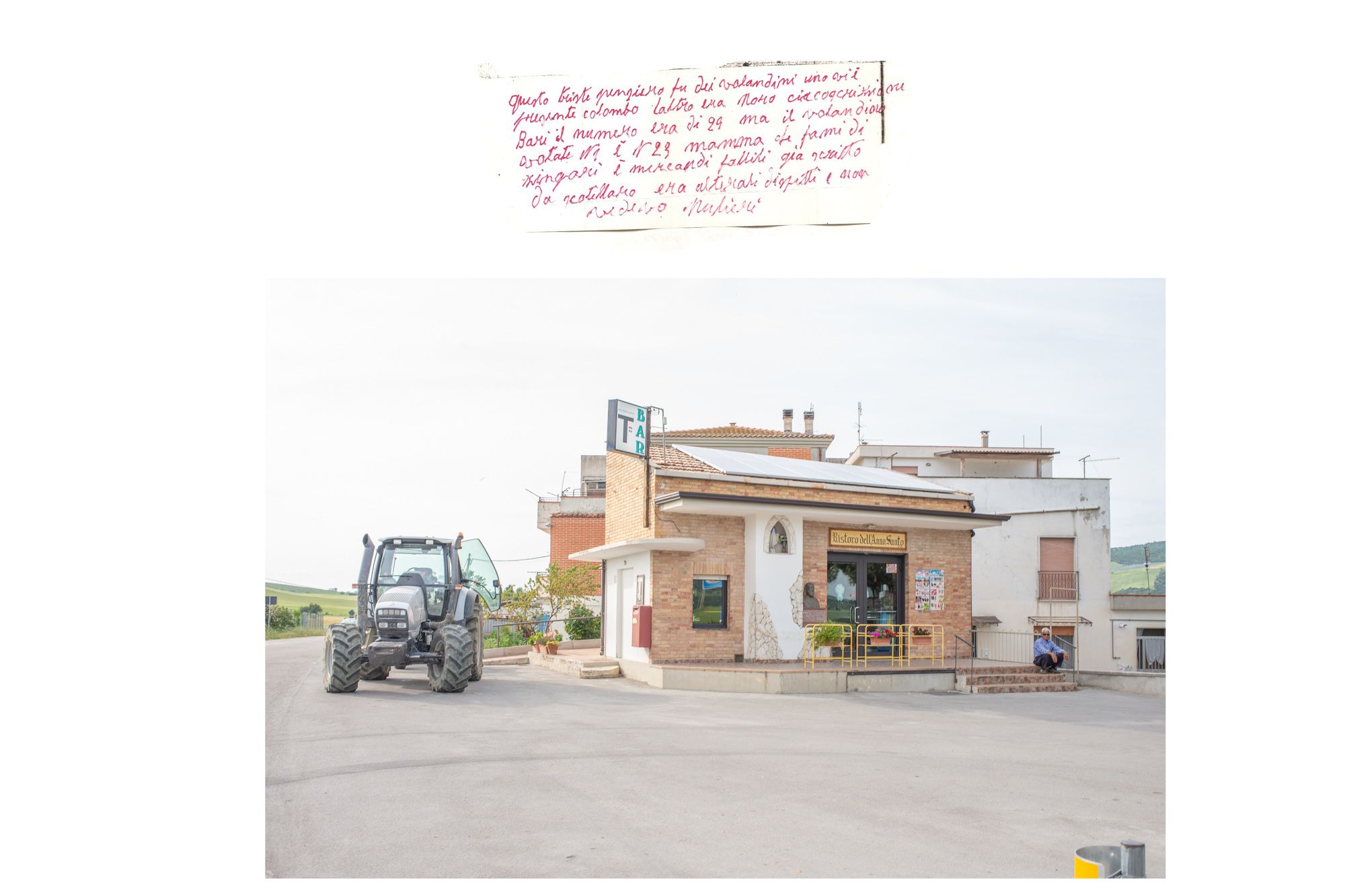 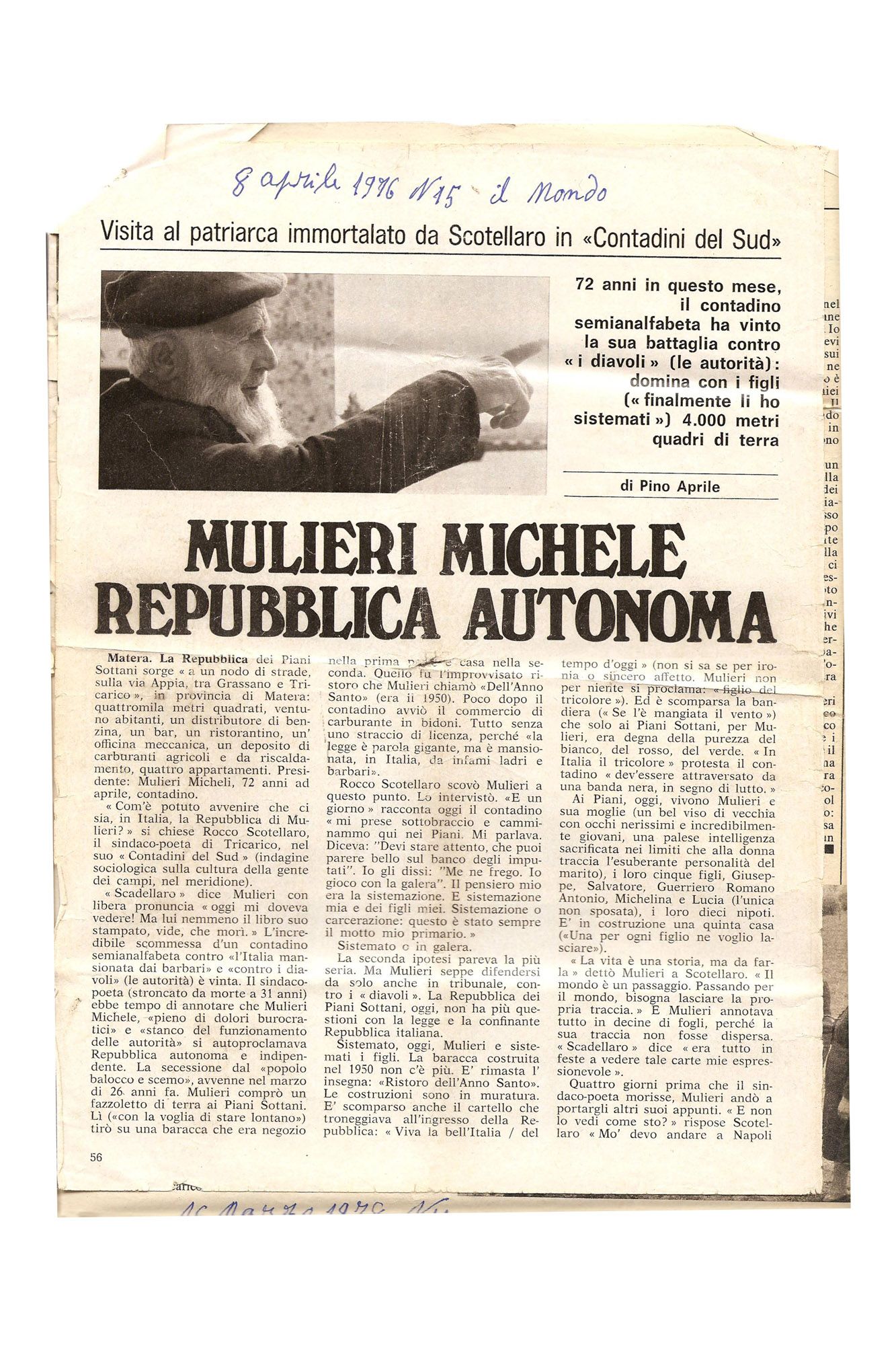 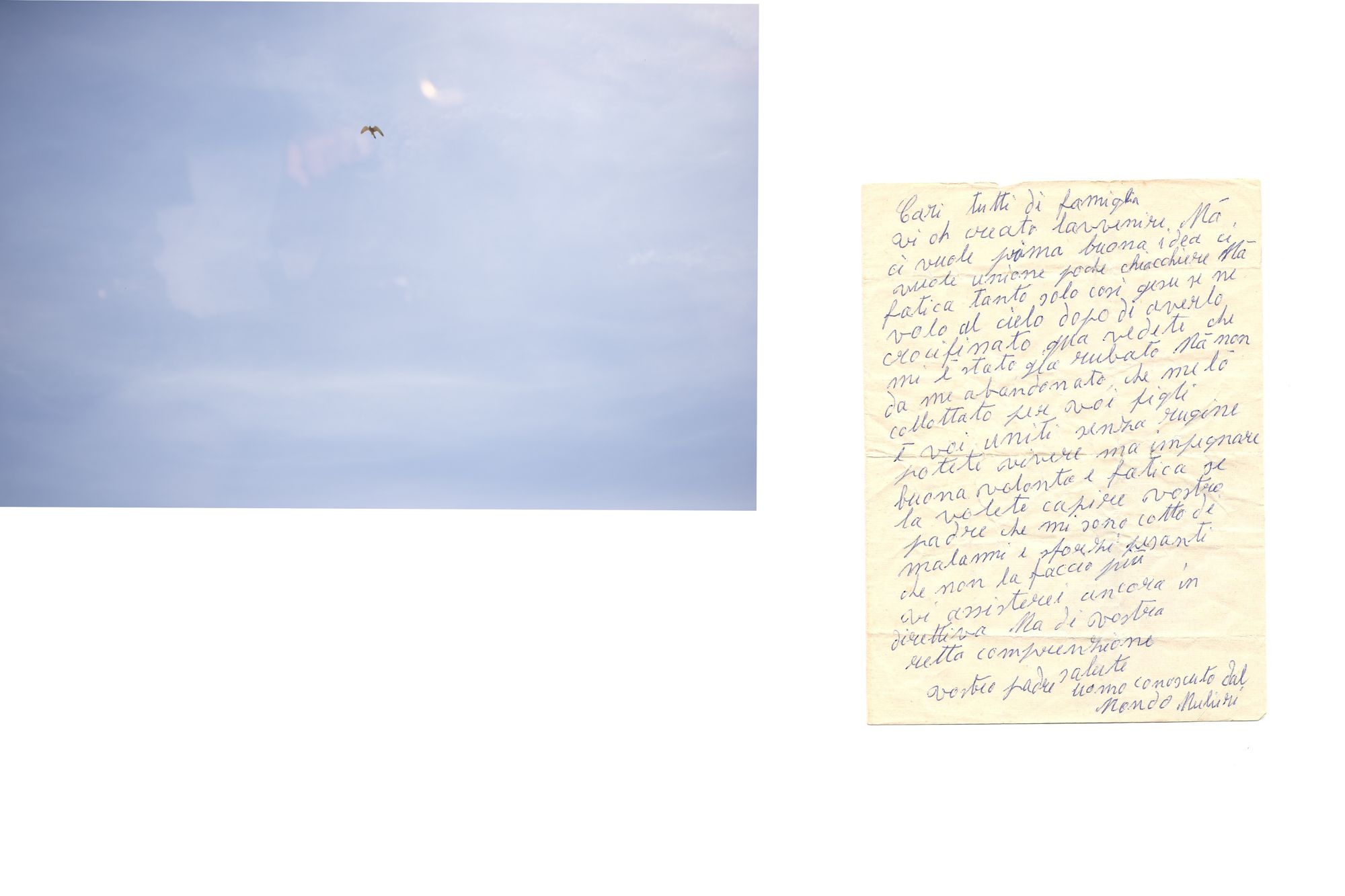 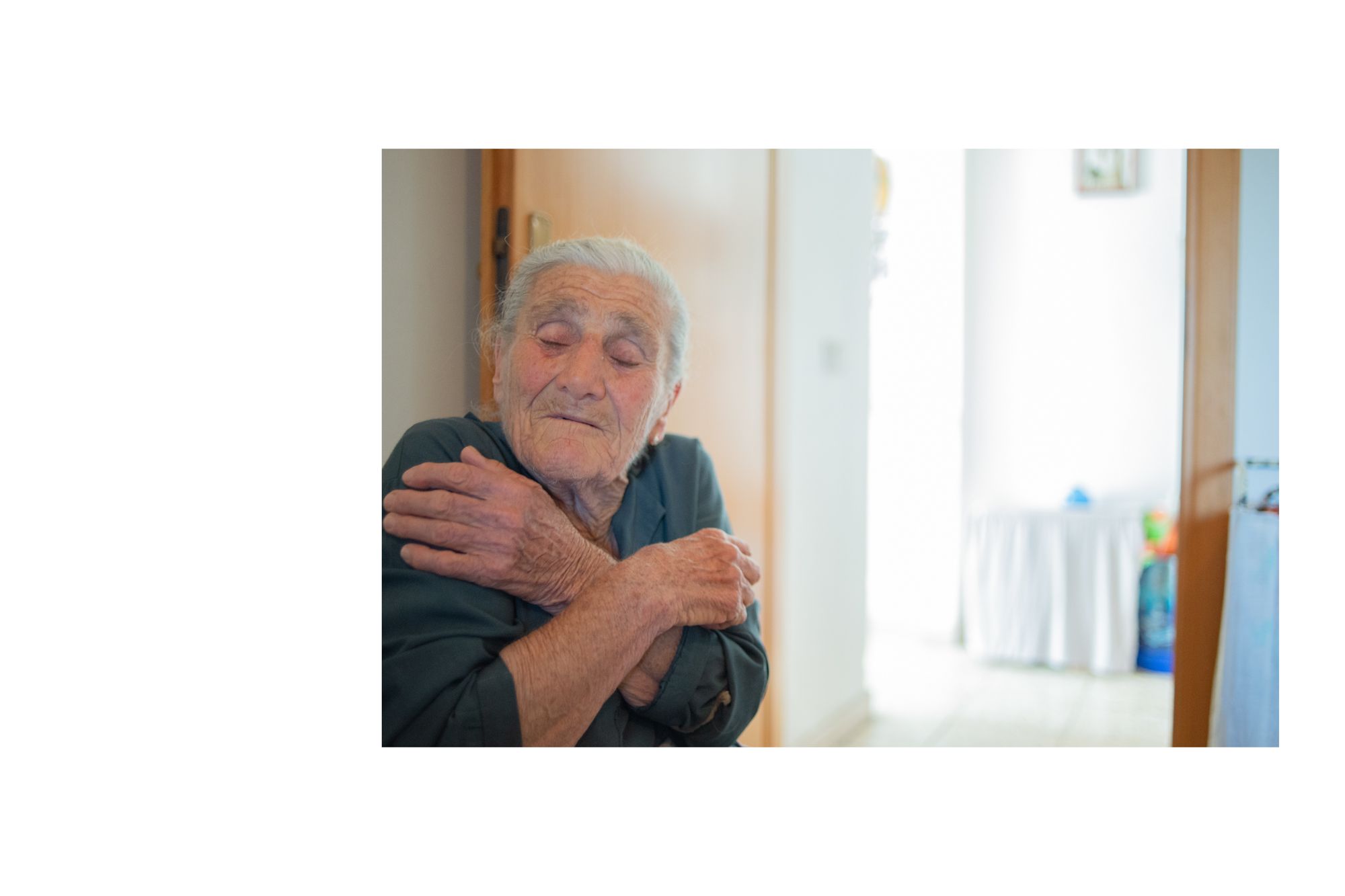